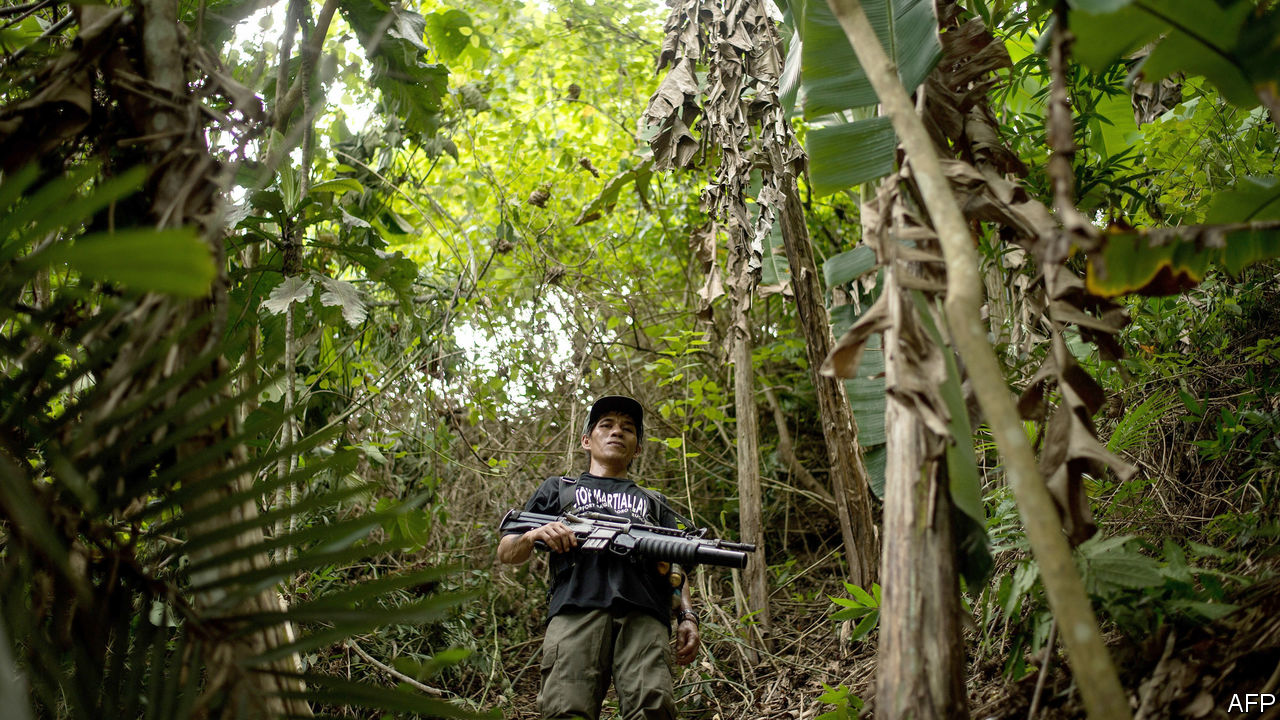 Editor’s note: The Economist is making some of its most important coverage of the covid-19 pandemic freely available to readers of The Economist Today, our daily newsletter. To receive it, register here. For our coronavirus tracker and more coverage, see our hub

ON MARCH 23RD, when the coronavirus was beginning to seize the world, Antόnio Guterres, the secretary-general of the United Nations, issued a call for a global ceasefire. “The fury of the virus illustrates the folly of war,” he declared. His laudable ambition, echoed by Pope Francis and others, was to secure a respite for those countries and regions so weakened by violence and conflict that they would be especially vulnerable to the pandemic. To general surprise, many armed groups around the world appeared to be listening.

By early April, fighters in 12 countries had answered Mr Guterres’s call and downed weapons, at least temporarily; by some counts four more have followed suit. The first batch included groups involved in some of the world’s most enduring and intractable conflicts. The National Liberation Army (ELN) in Colombia, which has been trying to “liberate” the country for 50 or so years, declared a ceasefire on March 30th. So did the New People’s Army (NPA) in the Philippines, a communist guerrilla group that has been in the field since 1969. A faction of the Sudanese People’s Liberation Army-North (itself a breakaway from the SPLA) also called a unilateral ceasefire, at least in three of its several theatres of operations.

Hopes were raised that such armed groups, fatigued after decades of fighting, were using the opportunity of the UN’s ceasefire call to wind up their fruitless revolutionary struggles. They all indicated that they were open to talks with the governments they were fighting. Could some good, perhaps, come out of the disastrous pandemic?

Alas, that hope is receding rapidly. Unless some urgent action is taken, it may disappear altogether. On April 30th both the ELN and the NPA announced that they were not extending their ceasefires and would return to violence. Both groups claimed that their governments had shown no appetite for negotiating. The Philippine government, for its part, argued that the NPA had violated its ceasefire early on and that peace talks were pointless after the guerrillas killed two soldiers on March 27th. Thus the two sides return to what they know best—a long, dispiriting impasse.

“It has been very disappointing,” argues Richard Gowan, a UN-watcher at the International Crisis Group, a conflict-prevention organisation based in Brussels. All the early momentum for peace generated by Mr Guterres’s original call has been lost, and that is at least partly because of five weeks of dithering at the UN Security Council. A swift and decisive resolution was needed to back the secretary-general’s words; instead there has been silence. “There was a window of opportunity for the ceasefire to catch on,” says Mr Gowan, and it is closing fast.

The problem is the escalating row between China and America, two of the five permanent members of the Security Council, over the origins of the coronavirus and the role of the World Health Organisation (WHO). In drafting a ceasefire resolution, a process marshalled by France, wording was agreed relatively quickly on some robust clauses demanding a full 90-day pause in hostilities in conflict-ridden countries. But America and China remain at loggerheads, as they have been for weeks, over how to refer to the WHO in the preamble to the resolution.

The Chinese insist that the organisation gets a namecheck; America does not want it mentioned at all. The Trump administration has accused the WHO of mishandling the crisis, and in particular of colluding with the government in Beijing to cover up China’s role in spreading the virus in the first place. The tussle over a mention of the WHO in the resolution has thus become a proxy battle between the two powers over who should shoulder most of the blame for causing the pandemic.

Many lives may yet be lost in the Sino-American blame game. Scepticism about the effectiveness of such UN resolutions on the ground is understandable. But, judging by the response to Mr Guterres’s original words, in this instance a resolution could be consequential. In conflicts where two parties are already looking for an opportunity to talk, a timely push from the UN might make the difference. Yemen, the great prize for peacemakers, is a case in point: the Saudi Arabian-led coalition declared a two-week ceasefire on April 9th, and the Houthi rebels also announced a willingness to work with the UN on a ceasefire and an end to the war; fighting has since resumed.

Many of the conflict-ridden countries that could benefit most have some of the weakest health-care systems in the world and so are the least prepared to combat the coronavirus. The world’s newest state, South Sudan (another country where an armed group has declared a recent ceasefire), had, at the last count, just four ventilators for its roughly 12m people.

The UN resolution might still be adopted, if America and China can resolve their differences. But as the ELN and the NPA have shown, with every day that passes such an outcome could make less difference. Thus one of the few opportunities for the world to gain anything from the coronavirus crisis may have been squandered.■

Dig deeper:
For our latest coverage of the covid-19 pandemic, register for The Economist Today, our daily newsletter, or visit our coronavirus tracker and story hub