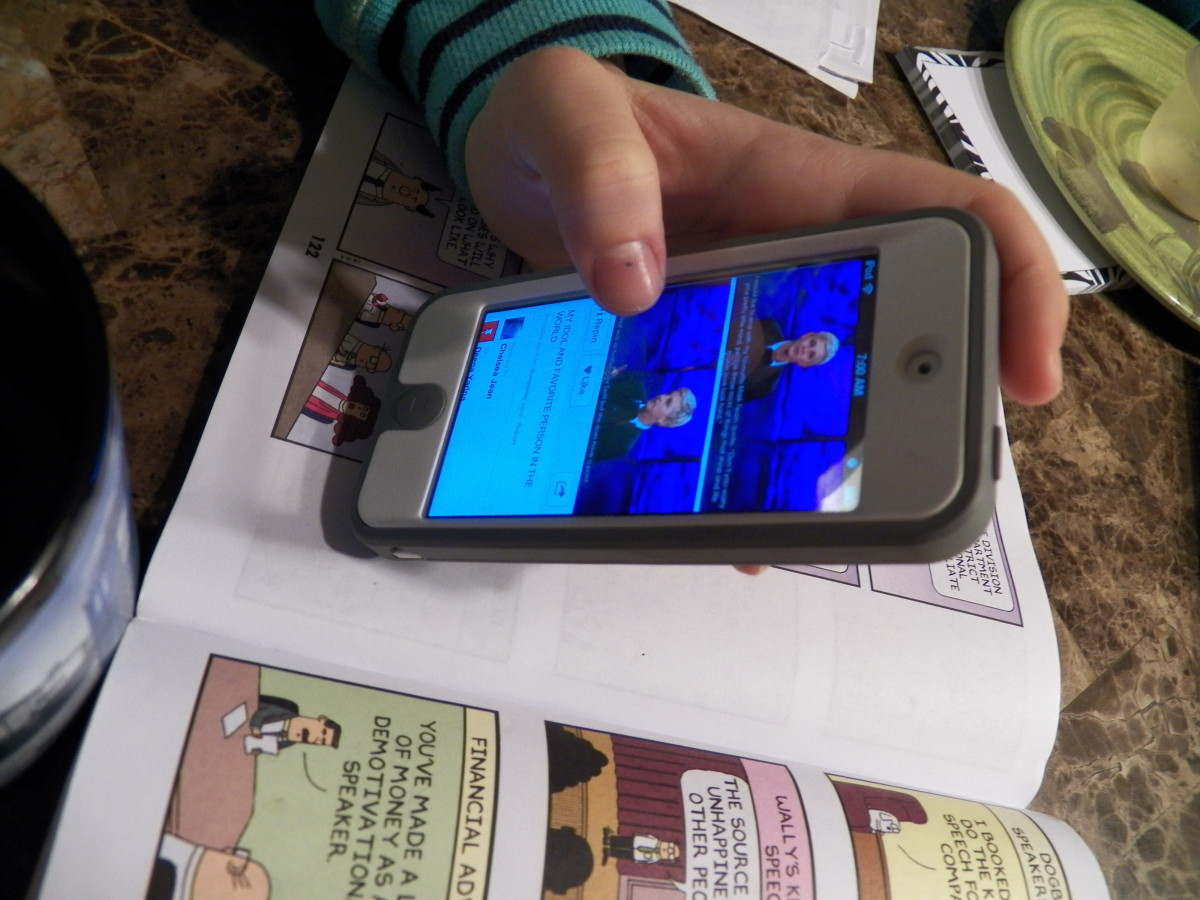 Virginia has been a university English instructor for over 20 years. She specializes in helping people write essays faster and easier.

BBC News: Reliable source for international news. At the bottom of the home page, you can search by country. You can also search by topic.

New York Times: Excellent detailed articles which give interesting information and links to other sources. Particularly good for topics about the United States.

CNN News: Good for news articles and videos in the United States and internationally.

Will COVID-19 change the way other countries interact with China?

Global Issues: Information and links for many different world topics. Click on a topic to find links to research articles.

CNN blog post by Janet Fleischman argues that the international outcry about the abduction of the schoolgirls in Nigeria should be a reminder that the United States and other nations need to focus on policy changes which promote women’s issues and rights.

International Comparison Program data report on the comparison of the size of World Economies.

Question: What do you think of, “Are we on the brink of a 3rd World War?” as a current event research paper topic?

Answer: Here are other topics along that line:

1. Are the actions and words of U.S. President Donald Trump making the world more or less likely to go to war?

3. What is the greatest danger of war in the world right now?

Question: What ideas can you give me for research on a disease?

Answer: Medical research is a hot topic and can make a good research paper, especially if you get sources that are from authoritative journals like Science and government sources like the Centers for Disease Control. You can do topics like:

What ways does the government do surveillance for infectious diseases?

What infectious disease is the most threatening to break out into a pandemic?

Can we ever cure the common cold?

What are some better ways to prevent people getting the flu?

See many more examples as well as tips for writing on my other articles. Here is one to start with https://owlcation.com/academia/100-Science-Topics-&#8230;

Question: Would “Are E-Cigarettes less harmful than smoking?” be a good research paper topic?

Answer: Other questions on this topic are:

1. Should E-Cigarettes be banned?

2. Why are teenagers attracted to E-Cigarettes?

3. Should there be stronger regulations on E-Cigarette sales?

Question: What do you think of the following current events research paper topic question: “Is the International Space Station a good way to bridge differences between nations, or is it vulnerable to become a political tool”?

Answer: That is a good topic question. Here are a couple of others:

1. What is the importance of the International Space Station?

2. Is the International Space Station worth the cost?

Question: What do you think of a research topic: “Are healthcare professionals becoming too reliant on technology?”

Answer: I think that is a good topic, or you could also look at the healthcare topics in this article: https://hubpages.com/academia/100-Technology-Topic&#8230;

Question: What can be a good research topic on Kashmir as a contested land?

Answer: What is the history of Kashmir as a contested land?

How important is it for the people of Kashmir to understand their history as a contested land?

How can Kashmir recover from being a contested land?

What is the best solution for Kashmir’s current situation.

Answer: You have an interesting and very important research area, but you are trying to cover a lot of ground in asking three separate questions. You are asking a cause question “What factors have led to the increasing incarceration rates?” and also two effect questions: “How have the increasing incarcerations affected the U.S. socially,” and How have they affected the U.S. economically?” Any one of those questions could be a whole paper. You could use aspects of the other questions in the introduction and/or conclusion. For example, you can talk about the factors that have caused incarcerations rates to rise in the introduction and then say “How have increasing incarcerations affected the U.S?” as your topic question. Then in the body, you can either talk just about the social problems, just about the economic problems, or you can do both (but you may have to do a lot of extra research for that. A natural conclusion would be to talk about how we can change this situation.

Question: Why is the world so bad to people who are good?

Answer: That is a good question and one that almost everyone asks at some point in their life. Current events every day tell us about people who have been harmed emotionally or physically, often as they are going about their daily tasks or jobs. Sometimes people are hurt because of their religious beliefs, their race, or just because they happened to get in the way of someone who was angry and hateful.

Even though your question is one that all of us think about, to create a good paper topic on this question would require narrowing it a bit to a particular current situation. To make a good question out of a broad idea, it can be helpful to do a Google search. For this particular question, I searched “What is the most persecuted religion today?” That would be one way to find out why some “good” people have bad things done to them. Other questions could be: “Why are so many innocent people killed by police officers?” or “Why are police officers (or soldiers, or teachers, or other people who are trying to help others) killed?, or Why are there so many bad things happening to people in Syria? The basic idea in formulating a good question for a research paper is to turn your general terms “bad people” and “good people” or “world” into something more specific.

Question: What do you think of the topic, “What will happen to us in World War 3?” for an event research paper?

Answer: That topic is more of a speculating essay. Here are some other possibilities:

1. Which world conflict is most likely to lead to a third World War?

2. How are countries preparing for a possible World War?

3. How likely is a 3rd World War in this century?

Question: Is “Why are vaccines important?” a good current events research paper topic?

Answer: That is a good and current topic right now because of the measles outbreak worldwide. Other topics could be:

1. How do vaccines create “herd immunity?”

2. What is the history of vaccine development?

3. How do vaccines work?

4. What new vaccines can we expect to be developed?

Question: Is the International Space Station a good way to bridge differences between nations, or is it vulnerable to become a political tool?

Answer: That is an interesting question and here are some others on the topic of the International Space Station:

1. Does the ISS serve a useful purpose?

3. Should the United States continue to support the ISS?

4. Can private companies like SpaceX provide better services in Space than government agencies like NASA? Do we need them both?

The site is really helpful!

Hi Sophie, I don’t have an article for middle school students, but I do have a list of topics for high school students and many of those would work just fine for you. Find it by Googling “High School Essay Topics” and my name VirginiaLynne and/or Owlcation. In fact, I have over 100 articles that help you write and you can find them by typing the topic you need with my name and the website.

Hi Tony, you might want to look at my list of “Funny Research Topics” for a fun idea.

I am working on a research project and I really wanna do something fun and I don’t know what to choose. Could you please help me out?

Hi Suthandra, Many of my other articles give environmental topics. The first one that occurs to me which involves zoology would be “does ecotourism really help save endangered species?” Look at this article for more: https://owlcation.com/academia/100-Easy-Argumentat&#8230;

Why did Americans elect Donald Trump in 2016?

Please , I want you to help me to find some topics for my research paper which is about American studies . But specific topics

This website is so helpful!!! Keep up the good work

Hi Kaelyn! I’m very glad this helped you. You can find more topics in my Technology and Science topics lists. Pl

This website has helped so much!! My teacher assigns a current event every week and most students are confused on what topic to choose and I told them about this website. I love how there is an article for every topic for easy citation.

Does spending time on social media cause children to have mental health problems?

Kmondoi, I am so glad that you were able to use my links to find the information you needed. I work so hard to try to provide the best possible links to find the answers that my students need. It makes me very happy to know that these worked for you and that you got a good grade.

thanks to the author , I got the solution my research topic from here which had given me headache for weeks .now I proudly presented a research which was ranked the best in my class

Hi Ella-I’m so glad you wanted to work hard on your school project. I have five children, and my youngest has just learned this year how much fun it is to work even harder than your teacher expects. I hope you will come back for more ideas.

Hi! I am only 9 years old but i want to make my teacher proud and this website really helped. Was interested in the 3-D printing thingie. i really love the website! Thank you!!!!!!!!!!!!!!

Very helpful. I enjoyed reviewing the concepts listed and found them to be quite insightful-especially for individuals constructing essays.

Hi Donna–Yes, I’m really interested in the 3-D printing idea. I had a student in my class this semester who knew someone who worked for a 3-D company which would allow you to design anything and then sell it online. If someone wanted to buy it, they can, and the company would then create it on their 3-D printer and ship it off! Amazing! There is actually a TEDD talk by the man who is developing the 3-D printer for organs and body parts. I didn’t include it in the article because it is less interesting at the beginning, and I thought it would not capture a person’s attention as well, but it you are interested, you might want to check it out.

Great current event topics! I saw a TV segment on 3d printers. It is pretty amazing what they can copy. The video you posted about the next possibility being copying body parts and organs is incredible!