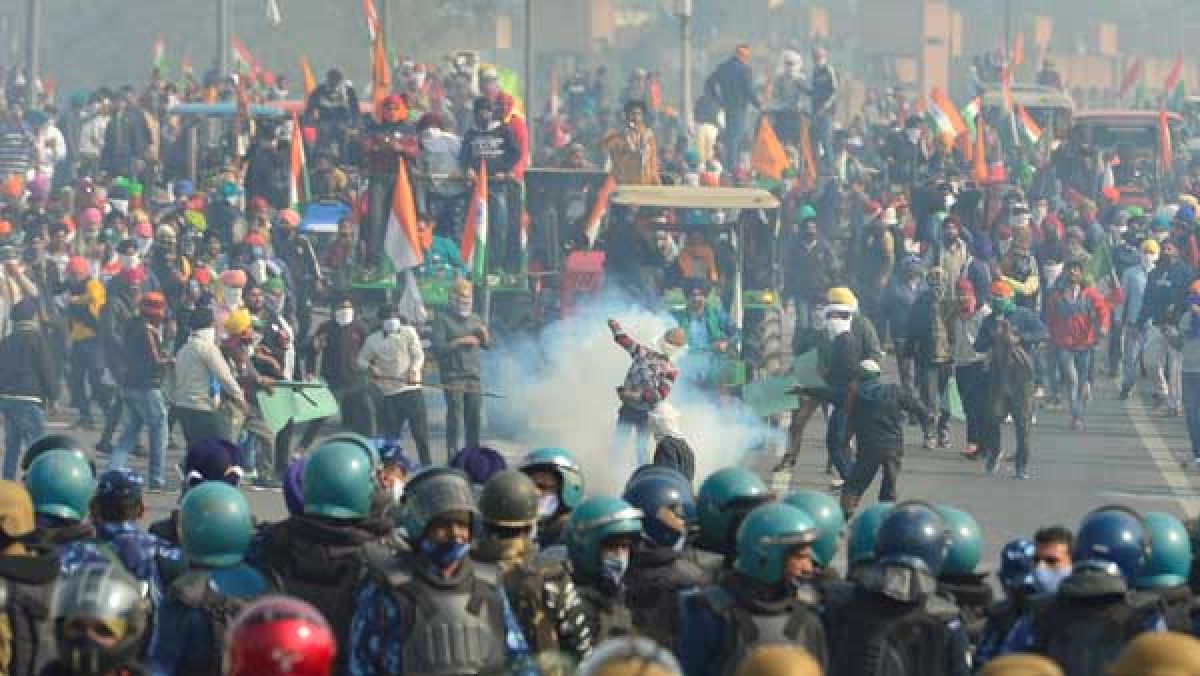 Thousands of tractors took a turn towards ITO, despite the farmers’ unions repeatedly promosing that the tractor rally will not enter the Capital.There were clear directives that were issued stating that no loudspeakers would be played and the tractors should not have more than five people. However none of these dire